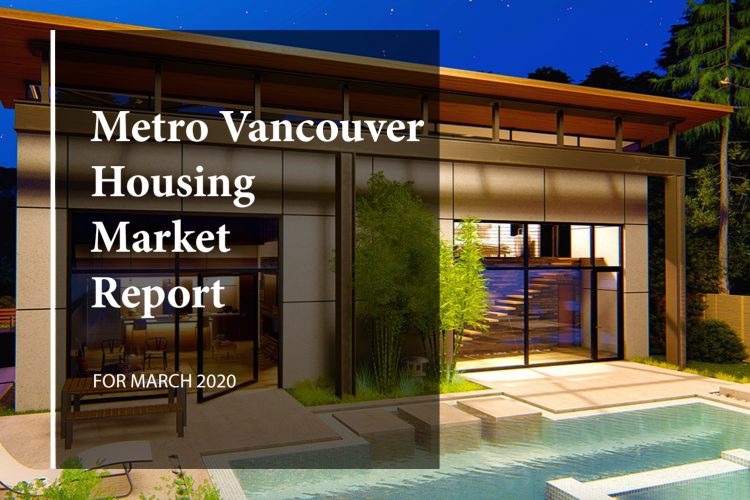 The first two weeks of March were the biggest of 2020, where multiple offers were becoming more and more common throughout Metro Vancouver. Even with COVID-19, the month saw steady activity and a 46.1% (+797) increase in home sales compared to March 2019.

Here are some other highlights from the report.

𝗕𝗲𝗻𝗰𝗵𝗺𝗮𝗿𝗸 𝗣𝗿𝗶𝗰𝗲 𝗜𝗻𝗰𝗿𝗲𝗮𝘀𝗲
The benchmark price for all residential properties in Metro Vancouver is currently at $1,033,700 – a 2.1% increase from March last year. Compared to February of this year, the median price saw a 1.3% increase.

𝗥𝗲𝗮𝗹𝘁𝗼𝗿𝘀 𝗻𝗮𝗺𝗲𝗱 “𝗔𝗻 𝗘𝘀𝘀𝗲𝗻𝘁𝗶𝗮𝗹 𝗦𝗲𝗿𝘃𝗶𝗰𝗲”
The province announced that realtors were on the list of essential services last week. While following a strict code of distancing and hygiene conduct, there’s urgency amongst sellers to sell (below asking in some cases) in fear their home may not sell and buyers (who were going to buy at this time of year anyway) taking advantage of the lower interest rates.